In my career, I have worked for large (Fortune 500) and small (startup) companies and everything in between.  Today, I focus on a startup I co-founded with two colleagues that will illustrate the value of strategic thinking.

Two colleagues from my Executive MBA class approached me after graduation about helping them with their video hosting startup.  All that they had at the time was a prototype web page with a few croud-sourced videos, and a strong idea.  I liked the idea, and my friends, so I offered to help.  I said, due to IRS rules for Self Directed IRAs, I could either invest a small amount, or I could become involved directly, but I could not do both.  They chose the money.

I did not think that their idea, and their skills, were strong enough as it stood for this to be a good investment, so I explained to them how I could help them with a better chance to be more successful.  I brought a skill they did not have – online (Pay Per Click / Adwords) marketing that I had developed from my time with the Real Estate company Home Expo Gallery, and I would help them craft their business plan seeking investment (I was the strongest writer in our class).  If it worked, I would get a percentage of the company.

My business plan outlined 3 new products to add to the one they already had, but it made no sense to market products online that did not yet exist, so we had to find an investor to fund the development.  Reaching through my network of contacts, I found an entrepreneur who had sold his business, but was willing to introduce me to his Angel Investor.  We met with him and presented my business plan.  He was impressed with the plan and the background of all three of us, and he had a friend who needed exactly what we were offering in the plan (one of the three products that did not yet exist). 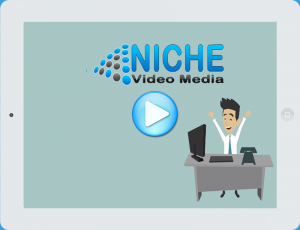 The investor brokered a meeting with his friend, and at the end agreed to fund the development of the new product in order to help both of us.  He also contributed a lot of good strategic ideas that ended up guiding the product known today as the Private Media Channel.  I designed the Minimum Viable Product and the other two went off to get it built with their development staff in India.  As is my hallmark, we delivered on time and on (actually in this case, under) budget.  We jettisoned the other three products to focus on the one we had actually sold.

Over the next 6 months, via cold calling and reaching out to our Friends and Family network, we managed to acquire one more customer.  During that time, we were focusing on the business plan and marketing materials.  We presented the plan at competitions and won three of them (in the top 3 of two others).  We clearly had a good plan, but were failing in execution and in attracting investors.

Then I started the online marketing campaign with the left-over initial investment.  Let me state from the beginning, I am not a marketer and only know what I have learned through trial and error – but I was the only one in the company who knew anything about it, so it was my job.  I won’t go into great detail about the campaign, other than to say it started very unfocused (shot gun), and narrowed over time.  But it worked.  In 4 months, we had 32 customers.  We were literally doubling every month.  Then we ran out of money.  We switched to the principle of “Content Marketing”, and continued to grow (very slowly) over the next two years to about 50 customers organically with no marketing spend.

As with any startup, we all played multiple roles.  Mine were Marketing, Sales, Product Management , and Customer Service (hence, “Chief Customer Officer”).  The CEO managed to find additional small seed funding to keep things going through the troughs, and the COO managed the financials and the development organization that built and continues to support a stable product.

At this point, we had reached break even (even a tiny $500 profit in one quarter) and the business was self-sustaining.  Without marketing funds, we were never going to gain meaningful traction and we were unable to convince investors, based on the track record thus far, that we could come up with a plan that would yield investor-inspiring results.  The standard chicken-and-egg.  At that point, I had to focus elsewhere and left.  I’m still an owner and on the board, and peek in from time to time.  The company is still self-sustaining, and still not growing meaningfully.

So, the business never achieved greatness.  What’s the point of all these words?  Did I fail?  Well, yes, in a sense, I did.  I was unable to market the product over the chasm to market acceptance.  But my strategic contributions (alternative products, angel investor, business plan validation, minimum viable product) were all critical to the fact that the company still exists today and reached a stable state.  Imagine where it could have been today if we had managed to get meaningful investment.